A great little documentary on why vinyl matters, why we love it, why it is better for music (we actually listen to it) and better for us.

Somebody was trying to tell me that CDs are better than vinyl because they don't have any surface noise... 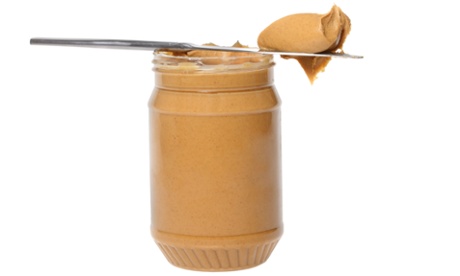 It is great to be rich, you can throw good food away for the flimsiest of reasons and not even care. Costco, the huge US retailer, is dumping millions of jars of peanut butter, that has been extensively tested and found OK, ratehr than allow it to be donated to food banks. Why? Well you'd have to ask them and they aren't saying, but presumably it is because a) they might, in the long run, lose a few sales and b) there is a chance that if they donate it and there is a problem they will get bad publicity. There is a law specifically protecting them legally if they donate the food, so it isn't legal worries. What a waste: http://www.theguardian.com/world/2014/mar/28/costco-26m-peanut-butter-new-mexico-landfill

Why Red Bull disqualification was correct

I really feel for Danny Ricciardo, it was great to see him up there on the podium, but I feel that his team let him down. The disqualification was entirely justified and it is very unlikely to be overturned. All the teams were using the same sensor and several of them weren't happy with it. Basically Red Bull told the FIA to go jump, whilst the other teams turned down their fuel flow as requested. Therefore, it wasn't a level playing field. There's a good article on Autosport.

I'm slowly going through the large number of photos I took at the Melbourne Grand Prix a couple of weeks ago. I'll post a selection here, but as a taster here is an animated gif I've made from shots taken during one of the support races. I was impressed with the amount of air the car got under that back wheel.

Back in the mists of time there were 7" singles clubs, where you were sent a new 7" single by a different band each month or so. Well, they still exist! The UK independant label WIAIWIA run an annual singles club where you get seven 7" singles on the 7th of the month. I got the 2013 singles and they were excellent. Now is your chance to get the 2014 singles, I just received the first three and you can even hear them on the club website at: http://wiaiwya-7777777.blogspot.co.uk/

Lies and lies by omission - our Australian government

What a surprise, the illegal (under international conventions the Australian government has signed) treatment of asylum seekers continues, with more and more evidence being unearthed to demonstrate that Scott Morrison has continually lied to us. Although no doubt as with John Howard and the 'Children overboard' saga, he will simply claim everybody else knew, but they didn't tell him. So the not only were asylum seekers deliberately burned by Australian armed forces personnel, but that boat reached Australian territory. Lies, and lies by omission: http://www.abc.net.au/news/2014-03-24/asylum-seekers-describe-boat-turn-back/5342210 Read this article, it is absolutely damming. GPS, video footage, corroborating stories from people now hundreds o miles apart. It's all there.

How Ireland got Apple’s $9bn profit

Ah, corporate tax dodging. Apple being one of the more adept companies at it. Here we are with our diminishing manufacturing base and the companies that import everything from overseas don't even pay tax on what we purchase. Apple have moved almost  $9 billion of profits overseas from Australia alone, thereby avoiding paying tax here.